What do we know about the Ukraine recovery plan

THE RECONSTRUCTION OF UKRAINIAN CITIES HAS BEEN AT THE CENTER OF INTERNATIONAL DISCUSSIONS SINCE THE START OF THE RUSSIAN INVASION. IN APRIL, A TEAM OF TOP ECONOMISTS PRESENTED THE FIRST REPORT ABOUT THE ANTICIPATED SCOPE OF WORK. AS SOON AS JULY, THE GOVERNMENT OF UKRAINE PRESENTED THE OFFICIAL ROADMAP. PYL LOOKS AT WHO WILL BE IN CHARGE OF URBAN RECONSTRUCTION, HOW MUCH IT MIGHT COST, AND WHICH COUNTRIES WILL BE TAKING PART.

April 6. The first roadmap for Ukraine’s recovery from renowned academics

Initial discussions about the reconstruction of Ukrainian cities began in April 2022. At the time, Center for Economic Policy Research (CEPR)—an independent organization that brings together hundreds of economic researchers from around the world—published a report called “A Blueprint for the Reconstruction of Ukraine.”

This was the first roadmap for the post-war recovery of the country’s economy developed with the active participation of the European Union.

Who was behind the report? Among the authors are professors from MIT, Harvard,  Stockholm School of Economics, and Kyiv School of Economics. The production was led by Yuriy Gorodnichenko who was born in Ukraine, graduated from the National University of Kyiv-Mohyla Academy, and is now a professor at the University of California, Berkeley, and is one of the 10 most cited economics scholars in the world over the past 10 years.

“Today, a lot of groups are working on something like the Marshall Plan for Ukraine. We offered our own version, but I know that there are teams working in this direction in the government of Ukraine, the European Union, private business, and international financial organizations,” said Yury Gorodnichenko in an interview with Meduza.

WHAT THE REPORT IS ABOUT: A SUMMARY

The ideas presented by the authors are based on earlier examples of post-war recovery (e.g., the Marshall Plan after World War II, and the reconstruction programs in Iraq and Afghanistan), as well as recovery after natural disasters.

The plan is largely based on assumptions about the future of Ukraine. It is written as a guide to prepare the country for EU accession. It is not so much about rebuilding Ukraine’s infrastructure and economy, but about improving and reconfiguring its legislation to meet European standards, ensuring the rule of law, a low level of corruption, and stable democracy.

End of April. First statements from the world’s leading architects

In late April, the head of the British architectural firm Foster + Partners, Norman Foster met with the Mayor of Kharkiv Igor Terekhov to discuss the city’s reconstruction. Foster announced that he would like to “assemble the best minds with the best planning, architectural, design, and engineering skills in the world to bear on the rebirth of the city of Kharkiv.”

Starting from the city’s master plan, the firm intends to “combine the most loved and revered heritage from the past with the most desirable and greenest elements of infrastructure and buildings.” In the past, Foster + Partners developed master plans for cities in Vietnam, Sweden, Kuwait, India, Germany, and other countries.

Slava Balbek, a Ukrainian architect and the founder of Balbek Bureau, has already responded to Foster’s idea. Earlier, the President of Ukraine tasked them to design a refugee settlement near Kyiv.

“It’s really good that people want to be involved and I’m happy that Norman Foster had these discussions. But you can’t invest hundreds of millions in one city when you have so many villages around it that need to be repaired,” Balbek added. “Somebody needs to see the whole scope of the problem and then there should be a balance of influence between different architects,” said Balbek.

April 21. The government of Ukraine creates the National Council for the Recovery of Ukraine From the War

It is responsible for the post-war reconstruction and development of the country.

The council consists of the Head of the President’s Office and his Deputies, the Chairmen of all Committees of the Verkhovna Rada, Vice Prime Ministers, and Heads of all Ministries.

A little over a month later, at the conference in the Swiss city of Lugano, the council presented the official Ukraine Recovery Plan.

WHAT WAS DISCUSSED IN LUGANO?

It was attended by more than 40 states and more than 20 international organizations—corporations and businesses. The two-day conference laid down the groundwork for the plans to reconstruct Ukraine in the long term.

750 billion dollars is the estimated damage inflicted by the Russian troops and disclosed by the Prime Minister of Ukraine Denys Shmyhal during his speech at the conference. He also emphasized that the main source of funding for Ukraine’s recovery should come from the confiscated Russian assets.

Back in spring, the Ukrainian authorities began offering their partners to join the recovery project. “Even then, it was obvious that this would be the biggest project of our time economically, technologically, socially, and, most importantly, ideologically,” said the President of Ukraine Volodymyr Zelenskyy.

At the conference, the participating countries adopted the Declaration of Lugano. It was drawn up by the Ukrainian and Swiss sides. It consolidates the general points about the restoration of Ukrainian cities. The document describes the conditions for allocating the funds to the reconstruction process, including anti-corruption measures and other reforms in Ukraine.

The declaration was accepted by the representatives of almost all EU countries, Israel, Japan, South Korea, Turkey, the US, Canada, and Australia, who were all present at the conference in Lugano.

WHAT DOES THE DECLARATION SAY?

—Ukraine manages the recovery process, but it does so in cooperation with international partners. Financial flows will be regularly monitored;

—the country needs to be on the path to “ensuring an independent judiciary and fighting corruption.” The declaration highlights that the funding for the reconstruction process must be fair and transparent;

—all initiatives and plans should exist within a cohesive system. “Ukraine offers its national recovery plan, on which it will be possible to implement every initiative,” Zelenskyy said;

—the declaration lists seven key principles on which everyone involved in the recovery should rely.

They have already been called the “Lugano Principles”.

3. Transparency, accountability and rule of law

WHAT DO WE KNOW ABOUT THE RECOVERY PLAN

The plan represents a platform with the details of the reconstruction projects and the opportunity to submit an application with your own idea. Now, the website lists 850 projects. All of them, according to Zelenskyy, should be implemented over the next 10 years provided there is positive GDP growth of 7 percent.

More than 3,000 experts from various industries and international consultants were engaged in the production of the plan. The work was carried out in 24 groups and involved the representatives of various ministries, departments, the Verkhovna Rada, and the President’s Office.

The recovery plan is divided into three phases:

1. Recovery here and now. A possible example would be to resume heating in Chernihiv;
2. Quick recovery. Recovery of the damaged infrastructure;
3. Long-term transformation.

For example, the national program “Recovery Prerequisites: Digital Government” includes such work trajectories as a nationwide census, implementing the “Ukraine—Digital Hub for Asian and European Backbone Traffic” program, introducing a number of e-registries, from digitally confirming your tax residency, to e-Power of Attorney, e-Entrepreneur, e-Services for veterans, and even е-Court. As part of this, they also plan to develop a network of offline service centers, to develop a program to provide services to Ukrainians abroad, and so on. 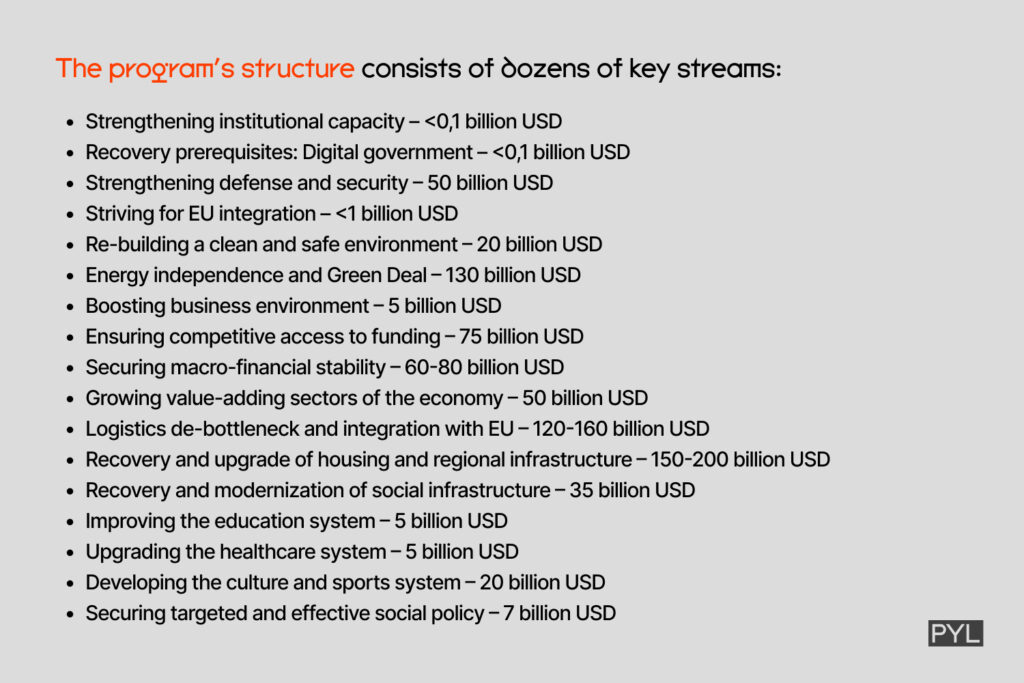 The Plan also provides a map of the damaged areas showing that only in the Kyiv region, where the Russian occupiers stayed for a month and a half, it is necessary to build or reconstruct 167 schools, 122 hospitals, 1,400 km of roads, and 7.5 million square meters of housing.

Countries that will help with Ukraine’s post-war recovery:

WHAT DOES THE PLAN SAY ABOUT RUSSIA’S FUNDING AND RESPONSIBILITY?

Matteo Patrone, the Managing Director for the Eastern Europe and the Caucasus region at the European Bank for Reconstruction and Development, said that more than half of the funds needed for Ukraine’s recovery should come from Russia’s confiscated assets.

It is important to start the reconstruction process now, while the hostilities are still ongoing, in order to lessen the load after the end of the war. Odile Renaud-Basso, the President of the European Bank for Reconstruction and Development, says: “The more we support Ukraine now, the easier and more effective the recovery process will be in the future.”

The next conference dedicated to Ukraine’s recovery will be held in 2023, with the United Kingdom as its host. The news was announced by British Foreign Secretary Liz Truss during her keynote at Lugano. 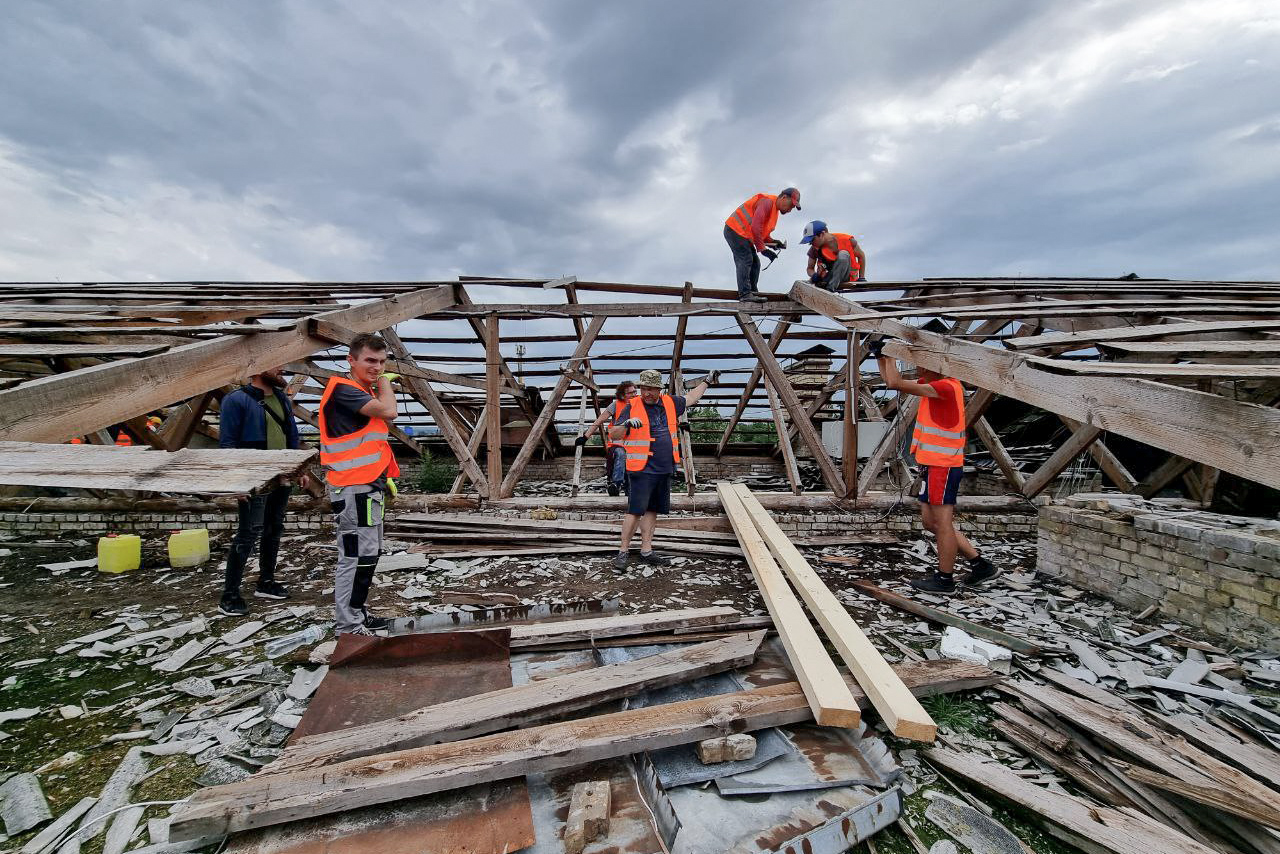 5 stories about how Ukrainians are rebuilding their ruined homes 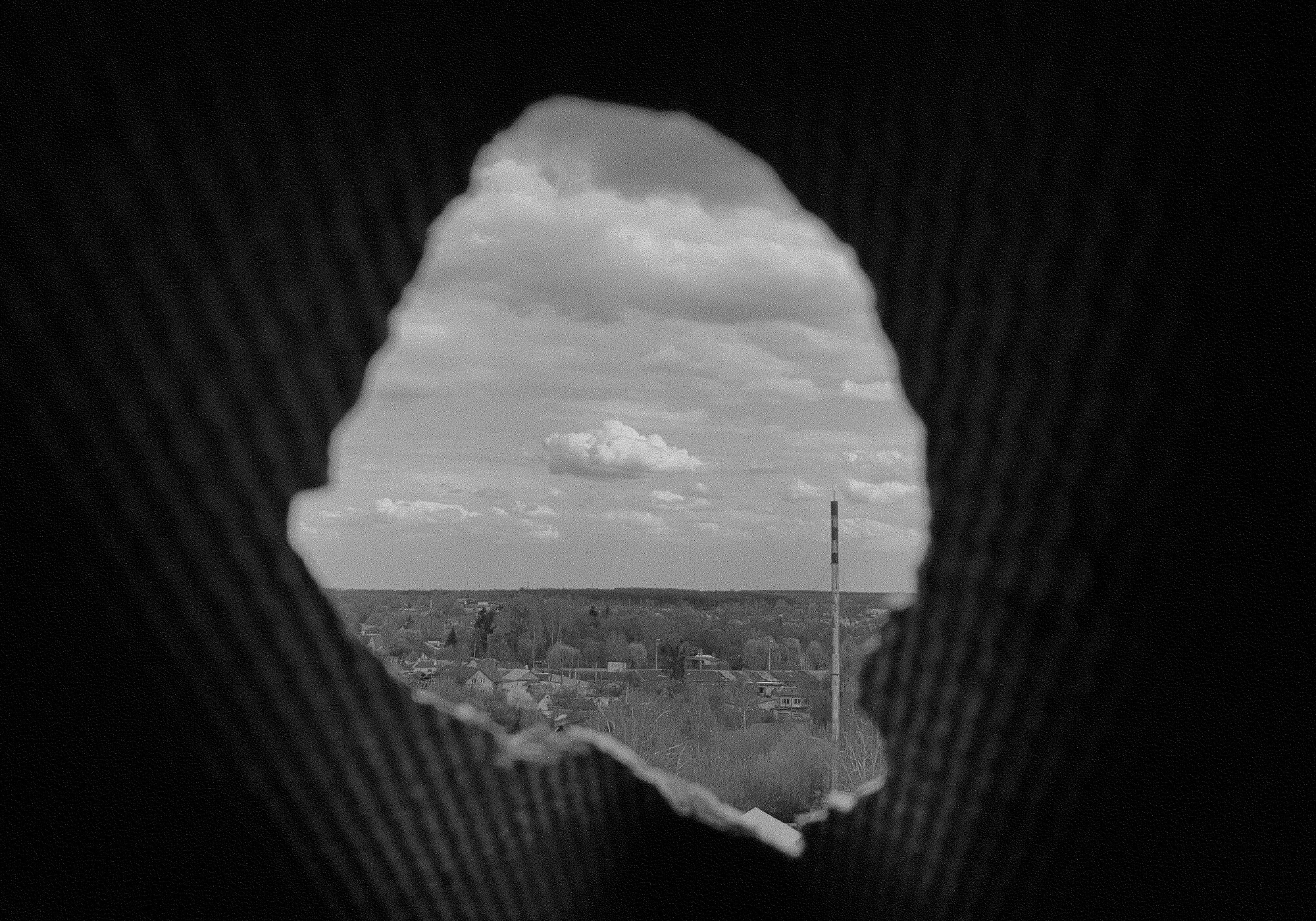 Main thoughts from the conference The Reconstruction of Ukraine. Ruination / Representation / Solida 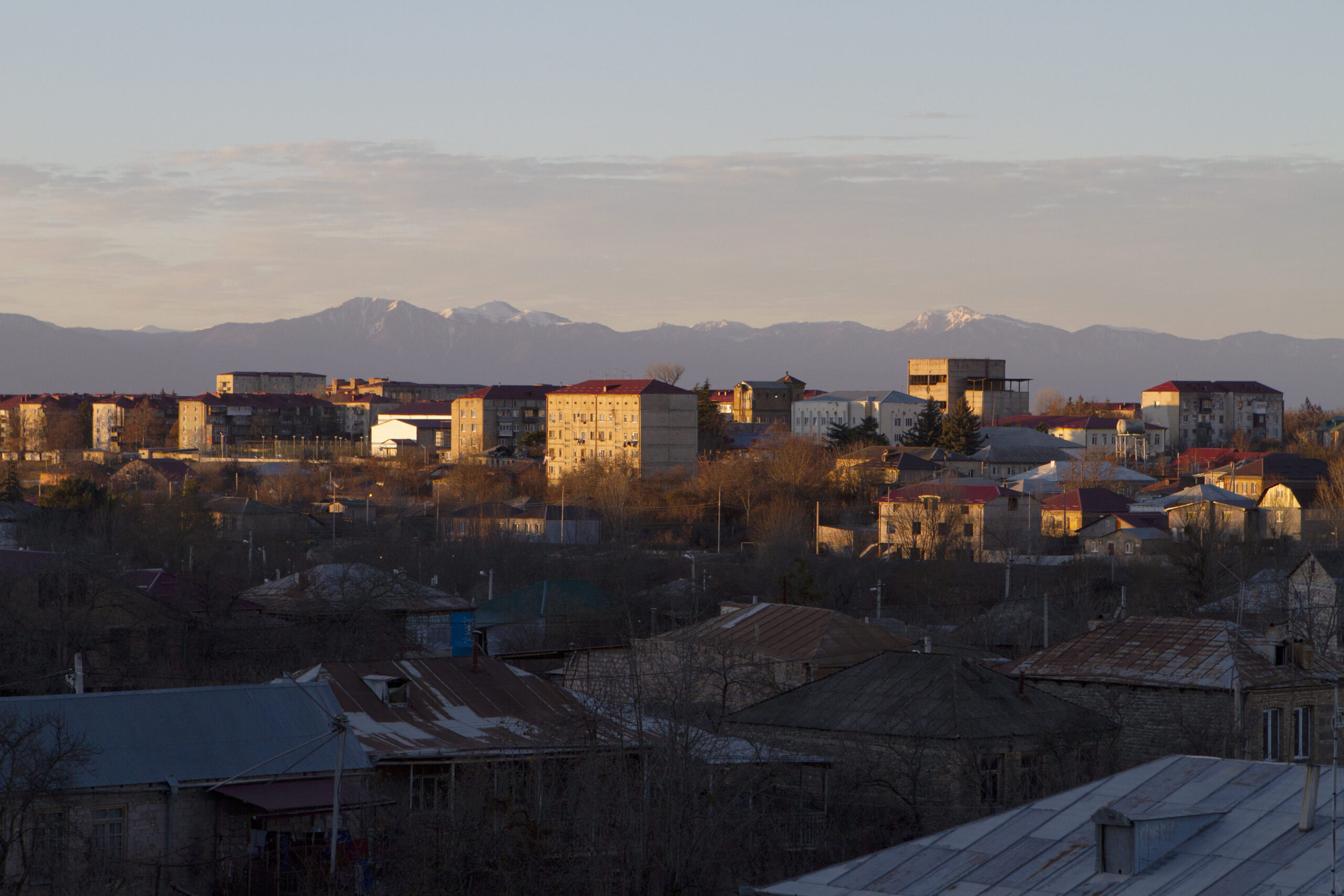 14 Years after the War: Russia’s Efforts to Reconstruct South Ossetia